Merced College on the Cutting Edge of a Growing Industry 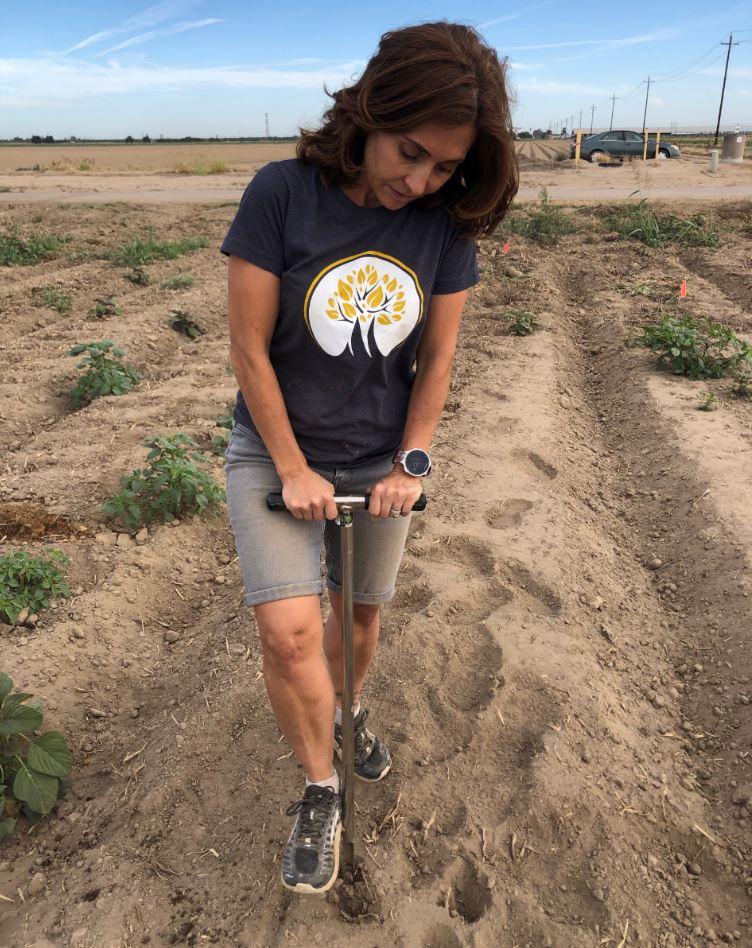 For a plant that has been cultivated for its fiber for thousands of years, hemp remains somewhat of a mystery when it comes to the nuances of its biology. That’s what happens when growing the plant has been illegal because it is in the same family of its close cousin, marijuana.

Merced College is changing that. Thanks in large part to the 2018 Farm Bill, which removed industrial hemp from the Controlled Substances Act, Merced College is teaming with San Joaquin Valley-based Greenbrier Hemp Research Institute to unlock the secrets of the crop with hopes of discovering everything from new medicines to new farming protocols.

“We are at the cutting edge of this market,” said Dr. Valerie Albano, a Merced College professor of biology, biotechnology, genetics and physiology. “Merced College’s goal is to train students for 21st century jobs, and this research program is doing just that.”

Seeds for the program were planted when Merced College emailed science faculty to gauge interest in a research partnership with Greenbrier. Hemp has been used to make everything from rope, clothing, food, ship sails to paper and parchment, but prior to the 2018 Farm Bill, the Controlled Substances Act (passed in 1970) did not distinguish between industrial hemp and psychoactive cannabis. Accordingly, the Drug Enforcement Administration had long treated hemp and marijuana the same – even though hemp contains only a fraction of tetrahydrocannabinol, or THC, the chemical responsible for marijuana’s psychotropic effects. Hemp has a THC concentration of .3% or less and may contain higher concentrations of cannabidiol, or CBD, a chemical that lowers or eliminates THC’s psychoactive effects and is the focus of research throughout the country into its medicinal benefits.

The classification, or misclassification, of hemp as a drug precluded research into the crop for decades. But in the past year alone, the Food and Drug Administration has approved the drug Epidolex, which is made of cannabis-derived CBD, for treatment of two epilepsy disorders, and whole-plant uses for soil remediation, paper, wood flooring, building materials, biofuels, computer components and more are expanding.

“There are hundreds of uses for this plant,” said Merced College attorney Michael Davis, who has been working on the project. “There is ample potential for the college to get in on the ground floor of a burgeoning field.”

Under the partnership with Greenbrier, the research institute is sponsoring two student interns to secure critical lab experience helping Dr. Albano analyze and categorize the bacteria in soil samples and insects that feed on the plant.

“The idea is to study the field and how plants are growing at three points,” she said. “We’ll do it in the beginning at plant emergence, in the middle when they are growing like weeds, and at the end when the plants are close to harvest.”

Dr. Albano, whose mother worked at the Los Alamos National Laboratory in New Mexico and who earned her doctorate in neuroscience from the University of Southern California, said she is impressed with what her research team has found.

“These are some of the cleanest agricultural plants I’ve ever seen,” she said. No aphids. Just one or two grasshoppers. “This plant produces a chemical that keeps insects away. This actually is a fascinating organism who’s potential has yet to be fully realized.”

Davis said he is encouraged with the progress to date.

“The work Dr. Albano has been able to do this year has been pretty incredible,” Davis said. “A lot of work is going on out in the field and in the research lab, yielding some interesting findings on the microbials in the soil. “

“This puts Merced College on the forefront of an emerging industry and preparing students for employment in this field is going to be critical in the very near future.”

Dr. Albano is hoping to see a doubling of interns in 2020 and a hemp biology program in the near future.