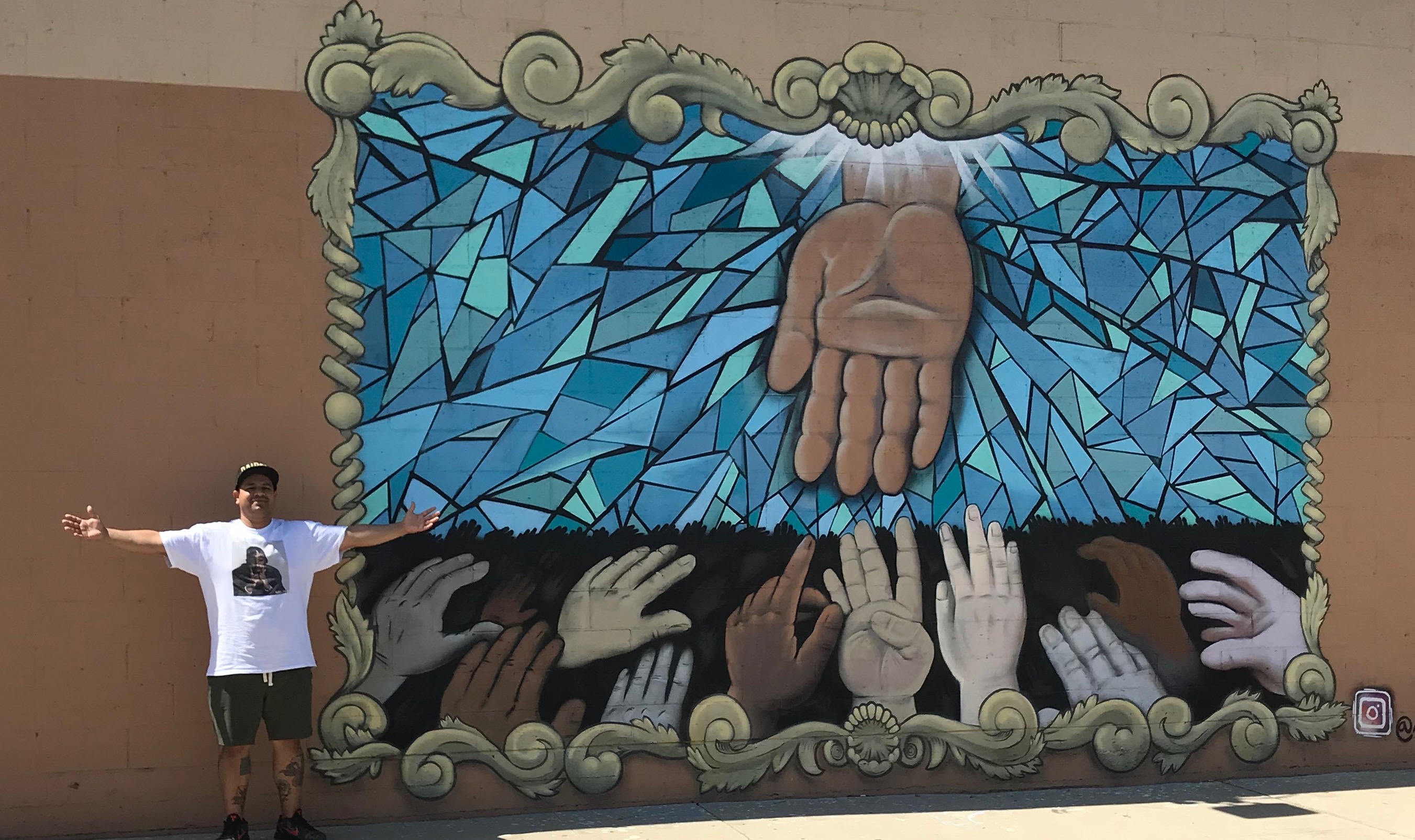 Arturo Sanchez never saw himself as college material. At least not until the one-time high school dropout enrolled at Clovis Community College.

Thanks to a never ending stream of support from instructors, counselors and fellow students, Sanchez graduated in May with an associate degree in two-dimensional art, an Associate Degree for Transfer in studio arts, and an associate degree in liberal studies – all while maintaining a grade point average of 3.95. His scholastic achievements secured the Dean’s Medal of Distinction, and Sanchez is now set to continue his studies next fall at either Fresno State or Fresno Pacific University before embarking on a career as an art teacher.

“I got nothing but support while I was at Clovis,” Sanchez said. “Not one professor ever said anything negative. Everybody was super positive about the possibilities.”

Among those professors was Stephen Dent, a studio arts instructor who also serves as chair of the Clovis Community College Humanities Department.

“Arturo is a student who you could tell right away is happy to learn, is willing to listen and is eager to try new things,” Dent said. “He’s someone who saw the value of being here and the value of an education.”

Born and raised in Fresno, Sanchez, 36, fell into the grip of drugs and alcohol before dropping out of school at age 16 and working a string of odd jobs with his father to help put food on the table. Caught in a downward spiral, Sanchez was living out of his car before his fortunes began to change after a friend helped him land a job at as a delivery driver for a local pizza restaurant. That was nearly 15 years ago, and Sanchez resolved himself to a life of sobriety.

One day while perusing through Sanchez’s stash of sketch books, his wife came across his artistic talent. For years, she encouraged him to go to school to hone his craft. “I wanted to get into college, but I didn’t think I had the academic smarts to do it,” he said.

His thinking changed after volunteering with an after-school program at The Word Community Church in Fresno, where Sanchez worked in an art program for youth. In the spring of 2015, he and a group of 7- to 12-year-olds began painting an outdoor mural that attracted the attention of parents, church leaders, and nearby residents. Like his wife, several of them suggested he take art classes.

Sanchez relented. He enrolled at Clovis Community College in the fall of 2016.

“I decided to try Clovis because it was smaller, I didn’t know anybody there and I didn’t want to be distracted,” said Sanchez, who started off slowly by taking just one class, a beginning drawing course with instructor Julia Scott.

But when his wife was diagnosed with breast cancer just weeks later, he almost dropped out.

“My wife told me, ‘No, you’re not going to quit. God is calling you to follow your passion,” Sanchez said. “Still, a lot of days, especially with what my wife was going through, it was tough. A lot of times, I wanted to give up. The people at Clovis wouldn’t let me.”

The following spring, he enrolled full time. “Intermediate drawing, drawing and design, Photoshop, Illustrator, oil painting, art history, art appreciation, pretty much every class that had to do with art, I took,” Sanchez said.

Now the father of a toddler son and still working full-time as a manager at the same pizza parlor, Sanchez is no longer a reluctant student.

“My plan is to earn a bachelor’s degree in art, begin my journey teaching art at Fresno Unified, go back to school and earn a master’s degree, and then teach art at the college or university level,” said Sanchez, who noted his wife has fully recovered from cancer.

“I never experienced the kind of care or commitment in the past as I did when I was at Clovis Community College,” Sanchez said. “It was pretty awesome. Teaching art at Clovis would be pretty sweet. It would be coming full circle.”