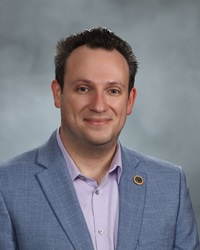 As Vice Chancellor of Government Relations, David O’Brien oversees a division responsible for formulating and advancing the legislative agenda of the California Community Colleges and represents the Chancellor's Office before the Legislature and executive branch of the state and federal governments.

Prior to joining the Chancellor's Office in April 2020, O’Brien was the director of government affairs for the California Student Aid Commission since October 2016, a role that placed him as the commission’s primary liaison to the state Legislature, the Governor’s Office, the California Department of Finance and other agencies on matters related to financial aid and college affordability. That made him a critical figure in the commission’s efforts to reform and expand California’s financial aid programs. Prior to joining the Student Aid Commission, O’Brien worked for nearly five years as a legislative manager for the California Department of State Hospitals, a legislative analyst for the state Department of Mental Health and as a legislative assistant for the California Environmental Protection Agency. He has a bachelor’s degree in political science and government from California State University, Sacramento. 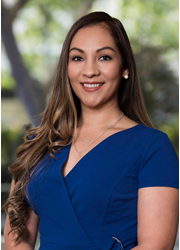 Linda has fifteen years of experience working in higher education and advocacy, which includes working for Rio Hondo College, California State University, Fullerton and ACT, Inc. She credits her passion for community college advocacy after starting her professional career at Rio Hondo College, where she served as a Student Services Representative and helped students navigate the complex assessment, enrollment, and financial aid process. This pivotal role influenced her decision to pursue a graduate degree in education policy and a career to dismantle structural barriers to student success.

Prior to joining the Chancellor’s Office, Linda served as Senior Public Affairs Director for the Campaign for College Opportunity, a non-profit advocacy organization focused on increasing the number of college graduates through research, policy advocacy and reform. In her nearly five years at the Campaign, Linda has led cross-sector coalitions and efforts for the successful passage and implementation of community college student success policies, including the Associate Degree for Transfer, Student-Centered Funding Formula, AB 705 (Irwin) and AB 1895 (Calderon). She has testified in front of higher education governing bodies, led meetings with legislative champions, and spearheaded statewide advocacy campaigns in support of student success reforms, making her a strong addition to the Government Relations team.

She completed the California Education Policy Fellowship program and the Hispanas Organized for Political Equality Leadership Institute and in 2020, was named one of Orange County LULAC’s Women of the Year.

Linda is a Mexican immigrant from Aguascalientes, Mexico and is one of six children. She holds a Political Science B.A. from California State University, Fullerton, with minors in Spanish & Chicano/a Studies and an M.A. in Leadership, Policy, and Politics from Teachers College, Columbia University.